Astronomers Declare Earth ‘Not a Planet’

PRAGUE, Aug. 24 — Today’s session of the International Astronomical Union (IAU) general assembly had yet another surprise outcome, as astronomers voted overwhelmingly that the Earth is not a planet. 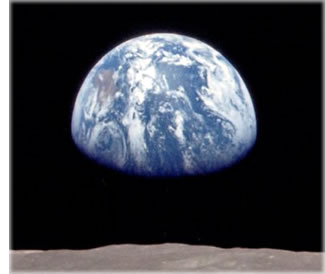 The Earth, back during its glory days as a planet.

“We are just following the laws of science,” said Prof. Melvin Peabody of Yale University’s Bush Observatory, announcing the vote at a hastily convened news conference.

“We worked very hard to come up with a definition of ‘planet’ that was scientifically consistent and that everyone agreed upon. We feel we’ve done our work well, and that we will be vindicated by history.”

There were several discussion points on the Earth issue. First, it was established that no scientist discovered the Earth. No record of it could be found in the planetary catalogues, and after searching the night sky for many years, no scientist has seen it through a telescope.

“We tried looking through both ends, as well,” said Dr. Karl Zeiss of the University of Okoboji’s Planetary Science Department. “It was a long and fruitless search. We even tried looking during the day, when the light was better, but we didn’t find anything. I was deeply disappointed. I had hoped that we would find the Earth somewhere out there.”

The astronomers were assisted by Prof. Juniper Kegel, who teaches existentialist philosophy at the University of Prague. Kegel was awakened at home and summoned to the late-night session to assist the astronomers, who had found themselves a bit lost in their own reasoning process.

“Or what was passing for reasoning,” Kegel said in an interview with The Wall Street Journal. “It was late. They seemed to be coming up with the bland old postmodern argument that they themselves did not exist. A little knowledge can be a dangerous thing, of course. But with some effort and a clever idea, I convinced them that they probably existed.”

Kegel said he accomplished that by making a pot of coffee. “I asked, ‘Can you smell the coffee?’ and when they said all agreed they could, I had some proof. They tried, but nobody could find a reason why they would be able to smell the coffee and not exist at the same time. I don’t like the stuff, but sometimes you have to apply inductive logic.” 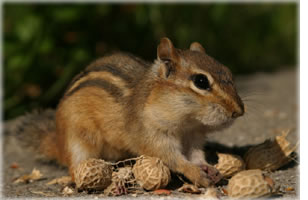 According to our sources at the secret negotiation sessions that led to the decision, the final definition omitting the Earth hinged on two factors: chipmunks and street lights.

“We have searched the heavens diligently,” Peabody, from the Bush Observatory said, “And we have found no other body orbiting the Sun where chipmunks live. Clearly, the Earth is in a class by itself.”But other astronomers objected to this reasoning. “We don’t have telescopes that can resolve chipmunks at that distance. And if we did, it would be hard to distinguish them from squirrels and woodchucks,” said Dr. Daniella Fink from Adirondack Community College. “We can’t say for sure whether or not there are chipmunks on Ceres or Charon. Someday they may be discovered and then we’ll all look like asses. Science is constantly discovering things that weren’t there yesterday. Everyone seems to forget this.”

“Also, they didn’t consider that chipmunks move pretty quickly and they’re difficult to spot, even when you’re right nearby. But these guys don’t get out much.”

Apparently, several geologists at the conference reacted strongly to the use of the word “earth,” which they felt was one of their special words, and that astronomers should not be allowed to use it.

“If they do, people will get confused between the earth they walk around on, and the Earth, the planet. We felt that we would avoid confusion by separating the two terms, and that’s why we supported the resolution to strip the Earth of planetary status,” Said Dr. Oscar Stone of the Lesser University of Mumbai’s Earth Sciences Department.

The presence of street lights on Earth also seemed to help tip the scales.

“This is a bizarre phenomenon,” said Dr. David Edison, 12th cousin of the inventor of the light bulb. “And it can only happen here. We have seen street lights nowhere else, not even on Uranus. I am forced to conclude that if there are street lights, it must not be a planet. I have no other choice.” 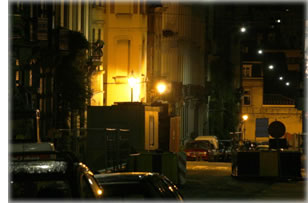 Street lamps, like these in Brussels, are being named and numbered in a special catalogue.

Apparently, a special committee of astronomers was sent out late Wednesday night to observe the phenomenon of artificial urban illumination. They began cataloging the objects they saw, and developing rules for naming them.

“With nearly 320,000 objects in the planetary catalogue, we’re sure to run out any time now,” said one member of the street-light subcommittee. But there were plenty of new objects to keep them busy. By 2 am, their list had swelled to several thousand objects, and the astronomers had only walked half a kilometer.

Reaction to the news among astronomers varied. “They sort of have a point getting rid of the Earth,” said Chad Trujillo, co-discoverer of Quaoar, reached late last night on top of a mountain in Hawaii. “Nobody actually discovered the Earth. I’ve been searching the planet catalogue for an hour, and I can’t find it anywhere. But the part about chipmunks is confusing.”

“Kids love chipmunks. They are part of our culture,” said Mike Brown, who keeps discovering planets and pinball machines. “If we claim that chipmunks might exist other places, little kids would be very disappointed. So that is why I supported the proposal to have the Earth not be a planet. We don’t want to spoil the magic of nature.”

“It’s been a long meeting,” said Ladislav Smelcer, a cartoonist for Nuncius Sidereus III, the official congress newspaper. “By the end, these people were coming up with stuff that I could not even dream of. But they’ve kept me busy.”